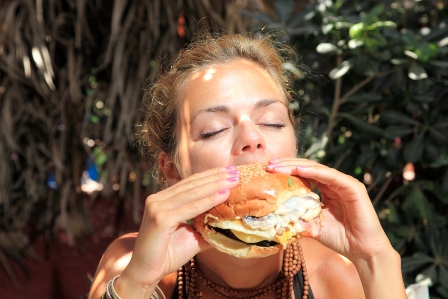 Sometimes it’s brought on by a series of choices we’ve made for ourselves, sometimes it just happens out of the blue.

And even though some of us are a lot more on the masochistic side than others it’s highly unlikely that you’ll find many people walking up to the tuck shop of life and saying “I’d like a good scoop of poop on rye thanks”.

(sorry if you were eating your breakfast, I’ll move beyond the metaphor now).

Shit, AKA problems are unavoidable.

We are all going to have some degree of problems, that’s life.

The pursuit of avoiding problems at all cost is something that I have personally experienced but let me tell you, after a while it’s more like a game of chess working out which piece to shift into place next so that problem A, B or Z doesn’t arise. It’s exhausting.

Trust me, life is just so much easier when you can embrace the fact that you will have problems. And the way in which we deal with life’s hiccups very largely informs the quality of our lives.

One trick is to reframe the idea of problems. Try considering them as little gifts, opportunities to learn something new, to bring forward new levels of wisdom, to alter a pathway or even to have new experiences.
Even the most harrowing problems contain some degree of gold.

But those words will never be easy to accept when the problem is a life or death one, when it seems unfair or that something has been taken from you and IT’S OK to be angry, sad or whatever emotion takes your fancy.
I was wondering if the degree of ease in which we solve our problems has anything to do with the situation – or is it to do with own internal coping mechanisms, maybe both. I’ve thought long and hard about why some people get so down and dirty with the drama in a situation feeding upon problems and why others seem to glide through letting things just wash over them.

I’ve certainly had my share of drama. But after a while, quite frankly it just becomes boring. There are so many HAPPY, joyous, enlightening experiences to have so why get stuck on a one track record?

So anyway, as I’m considering what it takes to move beyond drama into an effective and enriching way of problem solving I’ve been considering some steps to take, mostly influenced by advice from my mentors, my own wins and of course some mistakes for good measure…

1. Move out of denial: encourage and listen to the feedback of others and listen to your inner dialogue – you know when something isn’t right.

2. Step up: recognise that a problem has been served up. Decide if it’s something that needs your immediate action, or if it can wait. Don’t just think it will disappear, it won’t. But don’t rush into attack before you need to either.

3. Make a conscious decision about the outcome you want once the problem is solved:

a. How do you want to feel?

b. What actions do you want to take?

c. Who else do you need to consider?

d. What is the best outcome?

f. What options do you have?

4. Set a timeframe and move forward in action.

5. Find a highly trusted confidant, mentor or friend who will not judge you and confide in them ideally putting an accountability process in place. Let them know how you DO and DO NOT want to be in the situation and invite them to call you on your stuff (i.e. point out when you are causing yourself unnecessary drama / damage).

And – some additional pointers that I’ve found incredibly useless in problem solving:

1. Tell people you don’t really know or can’t be sure you can trust, that’s a sure fire way to add other problems to the list

2. Act too slowly or too quickly. Either can have lasting and unnecessary damage (and drama).

3. Yelling, shouting, name calling, dragging up the past might feel good for a little while but they usually don’t help much in the long term

4. If you’re in an explosive situation give it some space. Try to walk away before it escalates to something that’s irretrievable.

5. End it, the problem that is. If you can agree to disagree (I’m not great at that by the way) – do it, if you decide upon a course of action, stick with it. Don’t stick your head in the sand and hope it will go away, it won’t

6. Don’t publicise it either via facebook OR word of mouth, it just makes you look stupid and bitter

Choosing a life that isn’t easy