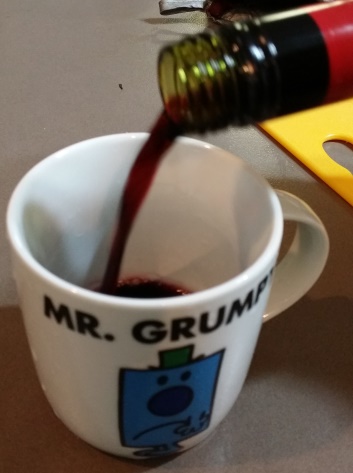 Remember when talking about ‘binge drinking’ was a big deal in Australia?  It was burned into my brain during the Rudd era, when the Federal anti-binge drinking campaign was launched and our media was utterly saturated with messages about how bad it was to bring children up in a house with drinking, ANY kind of drinking.  How the mere sight of a parent holding an alcoholic beverage was going to send the innocent child into a downward spiral of alcohol misuse.

Well, during that time I had reason to do a lot of research into the effects of ‘binge drinking’ (no, not a topic I willingly choose to know about, it was a contract I was working on) anyway, I found the data incredibly confronting as I was forced to face the reality of my alcohol consumption.

What I’d NEVER, EVER considered to be a problem of mass proportion was, in fact a gross misuse not only of my role as a parent but also my right to call myself a healthy everyday Australian. Well, so I thought.

The problem, you see is that I discovered that not only was I drinking too much, I was on the verge of a dire alcohol problem. My average of 2 glasses of wine per night – sometimes more, sometimes less was NOT OK to take the edge off, it was NOT OK because it was lame in comparison to the footballers who ran around the pub with a flaming toilet role hanging out of their (hmm, maybe I shouldn’t have used that metaphor). Anyway – my drinking habits were apparently NOT OK even though they were nowhere near what I’d seen in my community in earlier years (aka “the 80s”). TROUBLE WAS (apparently) BREWING and it had my name on it…

And worst of all was the guilt I harbored knowing just how often my children had seen the wine glass in my hand (of course I wasn’t taking into account the fact that they had never seen me violent nor harmful while drinking wine – nor had they seen me consuming prior to the afternoon – but that still didn’t take away the mum guilt).

So I called the ‘voice of reason’, my mum.

I told her that I was sure I was ruining the lives of my children with my alcohol misuse, in fact, I probably already had signed them up for a life of alcohol dependency. I gushed my feelings of being a terrible mother and spending so much time working, then being tired, then feeling guilty as I wind down, switch off with a glass or 2.

Her retort was as practical as it was comforting:

“Well, if it’s that much of a problem put it in a coffee cup”

Because my mum knew something that I didn’t yet. Child rearing is bloody hard – and if you’re fool enough to think you can juggle it with work – running a business and NOT have some times where you feel torn in every direction you are simply MAD.

My mum knew that I, as did she aspire to having a role in the community beyond ‘mum’ – and yet that role of mum was still just as important so sometimes a choice must be made, and that choice isn’t always easy.

My mum secretly knew that my choices weren’t easy ones but they would be fulfilling and she outwardly knew that I was doing the best that I could and that was a pretty stellar effort. (and so she kept reminding me and still does).

The morale of the story… Mum guilt sucks. You, working mum are amazing and sometimes you deserve to do something that’s just for you – and if that’s to sink into a sumptuous glass of shiraz, good luck to you.

Keep going – today it may feel like it’s not working, but tomorrow you’ll realise that your effort has all been worth it… Thinking of you all x