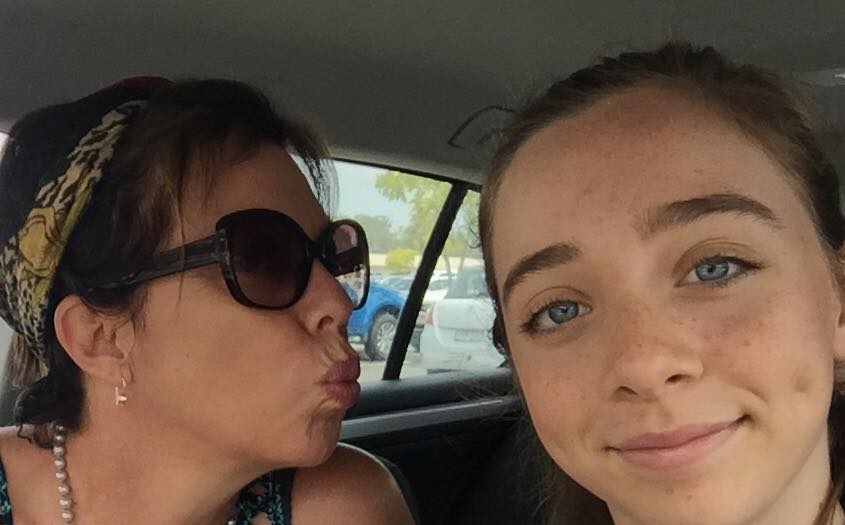 Like many parents I know sharing the achievements and milestones of my children online is an important, if not essential part of life. What once would have been a family snap and perhaps a call to Nan and Pop is now (despite your views on online privacy) shared with the whole world, or algorithm depending part thereof.

Unlike many of the parents I follow online who post beautiful pics of big smiles proudly showing off certificates, stories about winning and awards and tales of achievements made, my stories are not of achievements even though there is an abundance of them, rather, they are about the things that are treasured most in my house – fun.

The one and only plausible sliver of self-defense I’m claiming for potentially making a mockery of the early years of my kids is that our family, like most families have had some almighty challenges in the past years and fun, laughing and keeping things light has been our greatest distraction and on many days solace. My son (yes, I do have one) was the first off the rank – he realised long ago what was going on and put a formal embargo on sharing anything he said, did, pictures, certificates and general anything except for special occasions where I am allowed to pay him to have his picture taken, and should it move through the approvals process it’s able to be published (self-note put $10 aside for that comment). Over the past eight years most people in my social circles refer to ‘the girls’ as my children. Son’s mission is accomplished, at least for now.

The youngest child, on occasion referred to as B, or tween also finds herself missing out on the posts, perhaps it’s because she is the third child and her life, as that of many third children is documented in a very different (read largely non existent) way. (self-note #2 this is going to get expensive).

Things have been very different for teen. From very early on her quick wit, her understanding of sarcasm, her stellar approach to creativity and her unique response to the world have made anecdotes about her highly post-able. Until the day came where I finally realised it was time to rethink my approach.

It was about three months after she’d invited me to ‘friend’ her on Facebook. I was so pleased that my beloved wanted to be my ‘friend’ that I didn’t stop to think of the potential implications of this, nor the presence of an ulterior motive.

She Facebooked quietly for the first three months, I naively thought she was finding her way around the platform (an assumption that anyone under the age of 35 will realise is pure stupidity – of course she was born knowing how to use it). What she had actually been quietly doing was lurking through my online history stemming back to 2007 gaining fodder to launch her assault (or, defense as it more close to the truth).

Teen generally works on a one strike system. I was lucky, I received pre-warning. It sounded something like this:

Of course I didn’t listen

Several weeks later it was followed up

“Thanks Mum, I’d really like to write my biography some day but I’m not going to need to because you already have, on Facebook.”

I still didn’t stop. She’s too damn funny for that. And besides, I told myself it was my little, secret revenge for all of the times she has me pulling my hair out in frustration.

Then one day I realised people had started to refer to her as ‘teen’ at social occasions – in the real world.

Suddenly I imagined her at her first job interview, the amount of and context of information about her available to the world (and potential employers, partners, communities). I wondered what would happen if she really did become a famous comedian (or doctor as is her goal) and her audience / patients somehow managed to link us together and found these little pots of gold.

I imagined the stories my mum would have told about me when she was my age, and I was the age of teen, and how I would have felt if they were shared on a public platform. (omg, that mullet).

I realised it really was time.

So teen, as I know you’ll be reading this, thanks yet again for helping me to become a better person. I cannot guarantee my ability to go cold turkey, but I can assure you that as you continue to grow as the beautiful, talented and insightful human that your privacy is safe in this realm. You are now the publisher and editor of your life and the sharing is in your hands.

Parents, this ‘social’ thing – the ability to share our lives with the whole world is still so new and we have no idea how it will impact upon our children into the future. Our culture is changing at a rate of knots and it’s hard, really hard to see far enough into the future to predict the course of our online actions, but that doesn’t mean we don’t need to think about it now and act with the best future for our kids in mind.

Behind the scenes: Teen read this before it was posted.  She told me I was going a bit over the top, that it didn’t take her three months to stalk me, and that it was OK to post this. She tells me that she also has a name which is actually shorter and less effort than the name ‘teen’. I shall consider using it in the future.

Don’t fluff up the situation