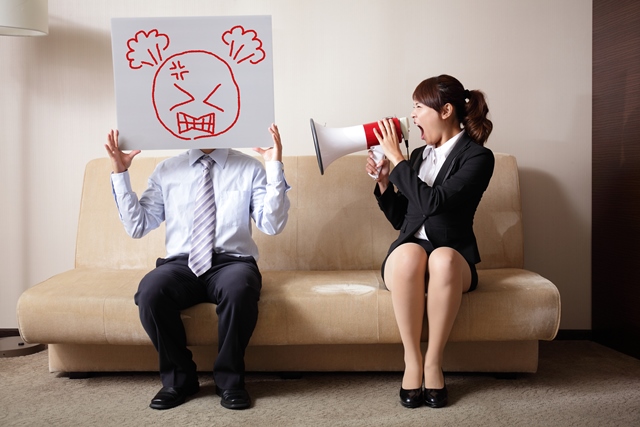 The biggest myth about marriage is that it should be easy.

I find it very interesting that I’m so casually admitting this, particularly after announcing at my 40th birthday celebration that life was going to be easy herein, fullstop.

In 2012 the Australian Bureau of Statistics recorded 49,917 divorces in Australia (or 2.2% of every 1,000 Marriages in Australia), almost half of these with children under the age of 18 and the median age of the divorcees around 41.

And it’s not like these ex-couples didn’t try the test of time to work it out. The median duration of marriage to divorce is 12.2 years.

I gasped as I read through these statistics and found myself right in the eye of the statistics storm. And when you think about it in the years of paying mortgages and a stack of other bills, raising kids, packing lunchboxes, the never ending washing pile, juggling a career or string of jobs, managing waistlines and other weird age related lumps and bumps that probably didn’t exist until now and somehow trying to maintain your own identity is HARD.

Add the needs, aspirations, dreams and frustrations of another entity and it’s a time-bomb waiting to explode (or implode).

Let’s say each divorce effects not only the ex-couple but a few kids, parents and friends (being conservative at least 7 people per divorce) and that’s at LEAST 349,419 Australians who are in some was effected by divorce every year.

Even this highly conservative estimate When you think about it is still a LOT of tears, frustration, confusion and upheaval.

And still we live in this happy bubble that believes we are going to tie the knot and happily swan about our lives together, forever.

Our society does not support happy marriage. The drama that infiltrates our lives through soapies, news and popular media is about doom and gloom, affairs and cheating. If he’s ‘done you wrong’ you should kick him to the curb or you’re not strong enough. If he’s done something nice he’s probably trying to hide the thing he’s done wrong.

Are there any strong couples on our TV? I’m not sure I don’t watch enough of it. Though I must say I’m pretty impressed with the relationship dynamics going on as I watch the ABC’s ‘Upper Middle Bogan’.

Anyway, here’s a possible solution. If ‘conscious uncoupling’ is OK for Gwenyth and Chris why can’t we also try the reverse ‘conscious coupling’.

How about we just decide to stop this silly notion that marriage is for a lifetime, do it once and then put it aside and see what happens – let’s start treating it a little more like a renewable licencing system.

Look, I’m not going to pretend that I jump for joy when my vehicle registration comes up. But I DO have a certain sense of comfort when I know that my pink slip has been ticked off and I know my vehicle is roadworthy (or any issues are identified and worked on), And I like to know that other vehicles on the road are going through the same motions and aren’t likely to suddenly lose a wheel and hurtle into me.

So what would it look like if marriage was the same deal. At a certain span of time it’s time for a check up. You visit your registered check up agent (maybe a psychologist, relationship counselor, spiritual adviser or other wise person) and you both have the opportunity to look under the hood, diagnose any potential hiccups and deal with them BEFORE 12 years goes by and the issue is irreparable.

Of course, a whole of society shift to support something as illogical as early intervention is nigh impossible (Mexico city considered it). But the social entrepreneur in me sees an enormous business potential in this.

Consider this… Let’s say the legal structure of the relationship is that of de-facto, unless the couple prefers marriage (and that they can indeed marry under the archaic Australian laws in this respect).

But rather than signing on the dotted line and letting it ride it’s course the happy couple signs into a renewable contract with a designated practitioner. This practitioner has some sort of understanding of his/her duties to check in on the marriage at interim points and a matching system to send out updates, reminders and even infringement notices.

At the designated point the couple simply mosey into the check-in process and get to spill their guts about the state of the relationship. That way the check in point is designated, it’s like a safety net that sits waiting. But like your vehicle you have the option to volunteer extra checks at earlier periods, you just don’t have to think about it ALL OF THE TIME.

At the end of the day I thoroughly believe it’s high time we stop putting such high expectations on marriage being easy. It’s OK to seek out help and even smarter to, as they say ‘make hay while it’s shining’…

There is no equity in housework